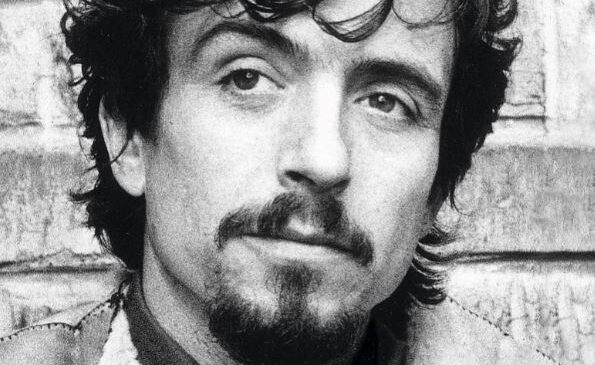 The Jewish Museum Vienna mourns the passing of Arik Brauer. His work is causatively linked with the history of Vienna, with the Jewish history of Vienna, and with Judaism per se. As a Jewish street boy from Ottakring, he survived the Shoah, studied at the Academy of Fine Arts, cycled through Europe, Africa and Israel, and, starting from Paris, carved out his place in the art world.

“All of My Arts” was exactly the right title for Arik Brauer’s exhibition which we showed at the Jewish Museum in 2019. He depicted all of his arts in a painting on the façade of the house in Vienna, where he had lived with his wife and muse, Naomi, for decades. Arik Brauer can rightly be called an artistic universal genius: He was a painter, graphic artist, ceramicist, architect, musician, singer, dancer, composer, lyricist, set designer and much more.

He grew up in the 1930s in a modest family, in a “one room-kitchen apartment with a toilet in the corridor,” as Brauer himself described it. Arik Brauer’s Jewish father was murdered by the National Socialists in a concentration camp. Arik stayed in Vienna with his mother and sister, working as a carpenter’s apprentice for the “Council of Elders” of the Jewish Community. Hidden away in an allotment garden, he experienced the end of the Nazi dictatorship and the arrival of the Soviet army in Vienna as liberation. So there was no question that Brauer, socialized from an early age in a Social Democratic environment, would immediately join the Free Austrian Youth, the youth organization of the Austrian Communist Party. My father, Kurt Spera, and Arik, both of whom as Jewish workers from Ottakring had faced a similar fate, met there. While my father proved himself as an ideological party theorist in forward thinking, Arik was active under the nickname Singerl for art, culture and social life. He led the choir, drew for the party’s youth newspaper and organized sporting activities. But he soon realized that this was not his path and turned away from Communism.

Immediately after the end of World War II, Arik Brauer began his studies at the Academy of Applied Arts. Together with Rudolf Hausner, Ernst Fuchs, Wolfgang Hutter and Anton Lehmden, he founded the Vienna School of Fantastic Realism. Among all of his arts, his greatest passion was painting. Not only did he see it as a profession, but more so as his calling. He had not been born with this skill, since nobody in his family had a penchant for painting, but rather for music. Even as a child, Arik Brauer had drawn extraordinarily and was treated as a special talent. He drew what he observed on the street, in the Vienna Woods, in the allotment garden, or figures from books he had read. Soon the Torah and the Old Testament came into play – stories that inspired him to tell his own stories in his pictures. Ernst Fuchs, his friend, described Brauer as a mystic, a romantic whose realm of experience grew through approaching experiences of nature. Arik Brauer conjured up images from his world view – which also arose from his hunger for experiences of nature. As a matter of fact, dealing responsibly with nature and the atmosphere remained an essential part of his reflections. Brauer worked intensively on these and implemented them according to his ideas in his architectural projects, as well as in his own living spaces.

He discovered Israel as a young man and there he found the love of his life, Naomi Dahabani, who comes from a Yemeni-Jewish family. Naomi’s father had an indirect connection to Austria. In 1898, he drove none other than Theodor Herzl in a coach through the country during Herzl’s visit to Palestine. The tradition from which his wife comes, the color impressions, and the sensual experiences of nature can be found directly in Arik Brauer’s painting. Moving the center of their lives to Paris brought new impressions, as well as an artistic breakthrough and a major change: two daughters, Timna and Talia, were born; their third daughter Ruth was born in Vienna and a family came into being. And all of these experiences flowed into Arik Brauer’s works.

His pictures tell stories that change when viewing them and through the viewer. If you visited Arik Brauer, a newly created painting was always propped on his easel. He dismissed words of admiration with the remark that the artwork was far from finished. While the visitor already stood completely under the spell of the story he saw in the picture, many more stories were added over the course of a few hours. Brauer can eternally paint ahead, said Ernst Fuchs, and new images can perpetually emerge in a picture that produce new stories and inspire the viewer’s imagination.

Like his pictures, Arik Brauer’s song and music are full of stories and experiences that shaped him. As a singer in Viennese dialect and the creator of Austropop, he climbed to the top of the hit parade in the 1970s. However, the undreamt-of success became eerie for him. He ended this career abruptly, as he said himself, even though his records can be found in every Austrian household.

Painting remained a central element of his life. He designed stage sets for the Vienna State Opera or the Opéra Garnier in Paris and commuted between Vienna and Israel, where he conjured up a paradisiacal house out of a ruin in Ein-Hod near Haifa.

Arik Brauer has been exhibited twice at the Jewish Museum Vienna: In 2006 in an exhibition together with the early works of Ernst Fuchs and Friedensreich Hundertwasser.

In 2014, the Jewish Museum Vienna showed the new Brauer illustrations of the Haggadah under the title Le dor va dor. 24 pictures recalling the story of the Jewish exodus from Egypt were painted. Our mutual friend, Erwin Javor, persuaded him to create this new cycle of art works (Arik Brauer’s second Haggadah illustration). Personally, I am infinitely grateful for the many wonderful encounters with Arik over the decades. I have lost a friend, a very important person in my life, who will live on in his family and whose memory we will always keep.